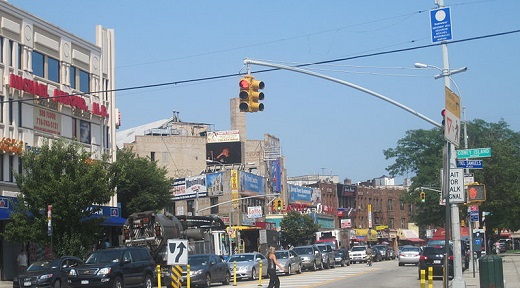 Nine alleged members of a Russian Mafia crew were charged with racketeering, extortion, loansharking, drug trafficking and illegal gambling. Eight were arrested late last night and early this morning by agents of the DEA, IRS, and NYPD. One defendant remains at large.

The Mafia crew operated extensively in the Brighton Beach and Coney Island neighborhoods of Brooklyn as well as overseas, with mobsters in Brooklyn reporting directly to members of organized crime — known as “thieves in law,” “Thieves” or “Vory”— based in various former states of the Soviet Union.  The Vory would, in turn, help the defendants extort money from individuals living abroad and authorize the use of physical force by the defendants in the United States.

Since as early as March 2016, the group collected outstanding debts, worth in the aggregate millions of dollars, and regularly used threats of violence. The syndicate’s reach was international and included extorting payments in the United States and threatening victims and their family members living abroad.

For example, wiretap recordings reveal that the defendants tracked down the father of an extortion victim in Russia in order to determine where his son was living. After locating the victim — whom defendants claimed owed syndicate members nearly $200,000 — defendant Leoind Gershman said, the “Thieves have found him . . . in Israel,” and “they were at [his] place today.”

Another extortion victim who struggled to repay his debt was ominously reminded that, “the person who is going to work with you [to repay the debt] … is a boxer with cauliflower ears.” The interest rate being charged this particular victim was 100% per year.

The government’s investigation revealed that the gang ran high-stakes illegal poker games in various locations in Brooklyn, where a single game could involve wagers totaling as much as $150,000.

Never easy to satisfy, the gangsters also pushed drugs, the indictment alleges they trafficked over 100 kilos of marijuana.

During the course of the investigation, the mobsters were thoroughly observed by agents, who used court authorized wiretaps, undercover drug buys, confidential sources, and surveillance. While doing so, investigators found that though many of the suspects do not have legitimate employment, thousands of dollars were flowing into their bank accounts as they were driving around New York in high-end luxury automobiles.

The indictment names the following defendants: