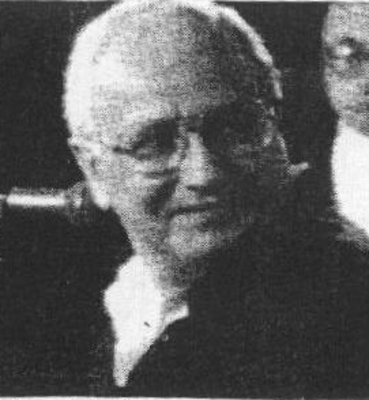 In 1983 was Francesco Mastrorilli killed. Also killed at other date was Giuseppe Gallo

Lecce prison inmate Giuseppe Rogoli
Giuseppe Rogoli who was imprisoned in Lecce for murder got inducted in the n’drangheta by Umberto Bellocco of Rosarno. 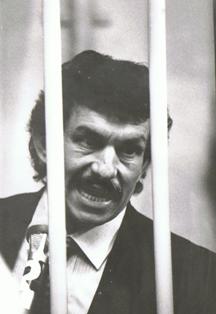 12 january 1986 were Teodoro Giofoli and Luigi Carbone killed because they didn’t pay for drugs they got delivered.

Foggia based Societa boss Roberto Sinesi
In Foggia is the organisation "Societa" of which Roberto Sinesi is a boss. Members are Michele Mansueto and Federico Trisciuoglio. In province Foggia are the big bosses Giosue Rizzi and Giuseppe Iannelli. In Cerignola (Foggia) the big bosses are Cosimo Cappellari and Giuseppe Caputo (Caputo- Piarulli- ferraro clan, their man is Rosario Giordano).

The Rizzi- Moretti families fought with the Laviano family

1 May 1986 killers attacked a group people in the club “Bacardi” and they murder Giovanni Rollo, Pietro Piserchia, Pompeo Cordino and Antonietta Cassanelli. But the target Gennaro Manco escaped. For the murders got the boss Giosue Rizzi (born 1952) 29 years imprisonment.

San Donato di Lecce boss Antonio Dodaro and wife Cosima Cazzella killed
17 December 1988 were the boss Antonio Dodaro (34), his wife Cosima Cazzella (29) and her father Oronzo Cazzella (60) killed in San Donato di Lecce by Angelo Tornese (21) and Roberto Persano (23) at the orders of Salvatore Padovano (28) and Mario Tornese (26) a brother of Angelo Tornese. The first two were the killers and the last two had the murder ordered, they became big bosses. Giuseppe Rogoli's friend Antonio Dodaro was killed at the orders of his men Giovanni De Tommasi, Cosimo Cirfeta and Mario Tornese. 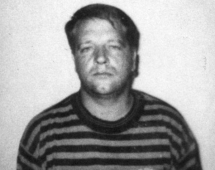 SCU
13 June 1989 police try to dismantle the SCU with arrests and they get help from the pentiti Gaetano Leone and Romolo Morello, the last became a witness after the murder of his brother. Under the accused are Giuseppe Rogoli, his underboss Giovanni De Tommasi, Maurizio Cagnazzo, Massimo Guerrieri, Mario Tornese, Angelo Vincenti, Pasquale Zolina, Salvatore Buccarella (De Tommasi trustee), Cosimo Prinari. The 134 accused are suspected of the murders of the brothers Pietro Vaglio and Cosimo Vaglio and Matino’s SCU boss Vittorio De Luca. Still sought is SCU member Roberto Urso. 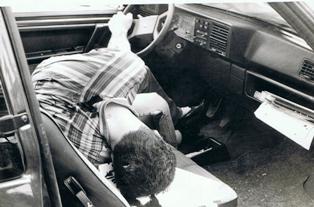 Lecce prison, Rosa dei Venti boss Giovanni De Tommasi
11 September 1990 in prison of lecce a new organization gets known as Rosa dei Venti of which Giovanni De Tommasi is the boss and Vincenzo Stranieri is a member. De Tommasi works with the Strafile clan in the area Lecce and with Vincenzo Stranieri in the area of the province Taranto. Also members Cosimo Cirfeta, Maurizio Cagnazzo,
Alessandro Macchia, Antonio Pulli and Claudio Conte.

Antonio Screti’s friend Domenico Campeggio (43) was shot and killed during a holdup by carabinieri Gianluca Piconese (24) who himself was shot and deadly wounded 30 december 1995 as revenge.

SCU capo Raffaele Riezzo killed
23 April 1991 many of the accused at the SCU trial get convicted. 30 April in Rimini there is an ambush at 3 carabinieri who get wounded. During the trial SCU capo Raffaele Riezzo had his men commit several attacks at carabinieri to intimidate the state but after the trial his friends kill him and let his body disappear in 1992. A life sentence for the murder of Riezzo got Carmelo Fiorentino.

Family Semeraro
23 april 1989 was Donato Semeraro (24) killed. 24 november 1990 was his killed brother Giovanni Semeraro found, but before dying he could police name his attackers Massimo D’Amico and Antonio Rubino. 23 september 1991 disappeared their familymember Cosimo Talliente. 5 june 1992 was killed Francesco Semeraro (53) father of the pentito Alceste Semeraro and the killed Donato and Giovanni Semeraro.

SCU boss Luigi Giannelli had his men kill 10 january 1991Paola Rizzella and her daughter Angelica Pirtoli (2) and one of the killers is Donato Mercuri. In december 1995 SCU man Michele Scarcella goes to prison and becomes pentito later and thanks to him 30 october years later were arrested for the murders Luigi Giannelli, Donato Mercuri and Cosimo DeDonatis.

Salvatore Rizzo
1 January 1993 police arrest SCU member Salvatore Rizzo who had ordered the murder of pentito Romolo Morello.
Trovato (partner Flachi) trustee Salvatore Annacondia
27 Januari 1991 kill Michele Sfregola, Nicola Regano and the brothers Salvatore and Leonardo Annacondia in Manfredonia the brothers Pasquale and Michele Pio Placentino and Fabio Tamburrano who had done the ambush at Trovato and Flachi. The order they had gotten from Trovato.

Annacondia and his men were suspected of the murder of Francesco Sorte and Giacomo Salerno 6 february 1991.

15 october 1992 was Roberto Valentini killed in Campi Salentina of which was accused Luciano Colazzo and Giuseppe Sirsi.

In 1992 was Enzo Calignano killed in the business of ?? Abate Cola??

SCU
18 Februari 1993 police arrest 90 men and l 14 were already imprisoned, they held the cocaine and heroinemarket in Romagna (Rimini, Riccione and Cattolica). Cattolica is ruled by the Napolitan Antonio Pero and the brothers Domenico and Armando Esposito (before connected to a coca connection) and Luigi Angi who worked for camorraboss Cutolo, Rimini got ruled by Angelo Basile from Taranto who works for the SCU. The Lombardia area was ruled by camorraboss Ciro Tortora and Riccione by the criminal Antonio Petrone who got his drugs from Holland and Giuseppe Cioffi who worked with Salvatore Badalamenti and was a suspect in the murder of Tosi.

SCU
11 May 1993 the in 1990 disappeared women Antonella Oronza Maggio and Anna Forcignano get found in a SCU cemetery with the SCU members Giuseppe Fantastico and Giancarlo Romano.

The Toma family had helped Brindisi boss Salvatore Buccarella in 1991 to hide when he was sought by police and were also close with Vito Di Emidio who they had helped to hide in their territory.

20 august 1992 was the burned body of the killed Francesco Marrazza (22) found, already had disappeared Francesco Incantalupo and Umberto De Nuccio.

12 august 1996 they try to kill Claudio Lo Deserto and accused was Massimo Nisi.

16 august 1996 was Ennio Zollino killed of which were accused Fabio Tolentino and Realino De Mitri.

Monteroni di Lecce bosses the brothers Mario Tornese and Angelo Tornese
10 July 1997 police arrest in Germany a SCU boss in Geislingen an der Steige, he is a member of the Tornese clan in Lecce and was suspected of drugsmuggling. 5 Billion lire of goods get confiscated from SCU from 5 members of Mario (35) Tornese's clan from Monteroni di Lecce.

2 september 1997 was Antonio Filieri killed in Nardo of which were accused Giuseppe Durante, Giuseppe Fiorito and Raimondo De Simone.

SCU pentito Francesco Trane
18 August 1997 the criminal Antonio Cigliola gets wounded when he gets shot down from his motorbike with a kalashnikov (he is a brother in law of pentito Franco Trane of the Sacra Corona Unita) also 4 innocents under whom 3 children get wounded. 22 March 1998 police finish the gang of the pentito Francesco Trane who worked for the SCU.

Casarano double murdercase D'Aquino and Toma
5 March 1998 were Fernando D'Aquino and his wife Barbara Toma killed in Casarano. Her father is Cosimo Toma and her brother is Fabrizio Toma.

4 february 1999 were Roberto Maggio and Carmelo Giordano kidnapped in Surbo.

11 February 1999 they tried to kill Mario Perrone in Surbo

Vito di Emidio and Copertino holdup massacre
6 December 1999 were near Copertino 2 armored moneycars attacked in which died 3 guards (Luigi Pulli, Rodolfo Patera and Raffaele Arsano) from Velialpol and 3 were wounded. The robbers went off with 2 billion lires. One of the first suspects of police is Vito Di Emidio. Also tried were the sardinian brother in laws Pierluigi Congiu and Gianluigi De Pau who were accused by pentito Salvatore Lovaglio from Andria. Furthermore, statements made by Di Emidio allowed investigators to identify the criminals who committed the bloody robbery against the SVEVIAPOL company, i.e. a company tasked with valuables transfer, in December 1999 at Copertino. The robbery was committed by criminals from Apulia and Sardinia, including a prominent fugitive named Marcello Ladu from Nuoro.

Toma family
1 March 2000 Cosimo Toma and his son Fabrizio Toma were attacked and wounded, they survived because caraninieri arrived who were going to control capofamiglia Cosimo Toma.

Vito Di Emidio orders murder of Cosimo Toma and Fabrizio Toma
18 May 2000 were Cosimo Toma and his son Fabrizio Toma shot and killed with a Kalashnikov. The Toma family were close with Vito Di Emidio who they had helped to hide in their territory. But their relation with Vito Di Emidio soured and he had them killed. But police think it had also to do that after the internal war in 1999 in de Tommasi clan, Gianni De Tommasi’s clan was now led by Dario Toma who now was a big concurrent for Vito di Emidio.

In july 2000 they tried to kill Paolo Tomasi and accused was Nicola Luperto.

8 november 2000 they tried to kill Valerio Paladini in Surbo

Surbo (Lecce province)
In march 2001 were in Surbo Fabrizio Negro (29), just free from prison for 15 days, and Antonio Bella Bona shot and killed.

Tuturano murdercase Giuseppe Scarcia
16 May 2001 was in Tuturano then Giuseppe Scarcia killed, he was a trustee of the boss Salvatore Buccarella. Scarcia was killed by the Brindisi boss Vito Di Emidio; Pasquale Tanisi from Ruffano, Antonio Tarantini from Copertino and the sought sardinian criminal Marcello Ladu from Nuoro.

SCU boss Filippo Cerfeda (Cerfeda-Giovanni de Tommasi clan)
19 July 2001 tried Cerfeda's men to kill Bruno Oliviero from Surbo, but they only wound him and the girl Aurora Calogiuri (2). He was of Surbo’s Vincenti clan who is at war with the De Tommasi clan

SCU boss Filippo Cerfeda (Cerfeda-Giovanni de Tommasi clan) in Woerden
In februari 2002 were the brasilian drugdealers Paulo Roberto De Avila Garrido (53) and Jose Paulo Davi (54) shot dead along the highway A12 near Woerden by Adriano Palazzo who was accompanied by Tiziano Greco (he used the same pistol caliber 7.65) at the orders of SCU boss Filippo Cerfeda.

SCU boss Filippo Cerfeda (Cerfeda-Giovanni de Tommasi clan)
6 May 2002 was drugdealer Mario Caroppo (52) killed at the orders of Cerfeda. His brother Damiano Caroppo (38) survived and before had been wounded Andrea Pagliara (29).

SCU boss Filippo Cerfeda (Cerfeda-Giovanni de Tommasi clan)
22 January 2003 was near Nardo the burned body of Pompeo Vitale (37) found he was killed at the orders of Cerfeda.

operation “Pit 1”
Because of the 7 murders starting with Oliviero Bruno in july 2001 and ending with the murder of Antonio Fiorentino, police started operation “Pit 1” 14 april 2003

Killer Salvatore Caramuscio was killed in 2003???