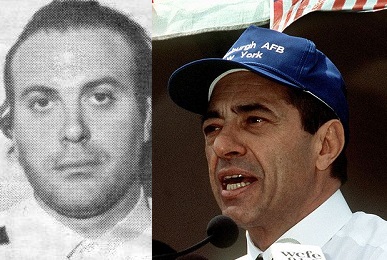 Mario Cuomo would’ve made an excellent cadaver, Sicilian Mafia bosses thought. The New York governor was targeted for assassination by Cosa Nostra during a trip to Italy in 1992, a time when the Sicilian mob was waging an all-out war on the Italian state, resulting in the deaths of countless policemen, judges, and politicians.

In a bombshell confession, imprisoned Mafioso Maurizio Avola told newspaper The Guardian that Cosa Nostra wanted to add the American politician to that long list of distinguished corpses, so-called excellent cadavers. 54-year-old Avola is currently serving a life sentence for his part in 43 murders and 40 armed robberies said that Mafia bosses planned an ambush involving about a dozen hitmen armed with assault rifles and explosives. 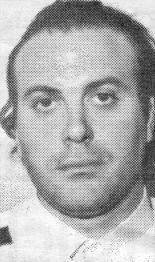 “The aim was to target politicians or members of institutions in order to send out a clear message,” he told The Guardian in an interview via messages carried by his lawyer. When the mob heard of Cuomo’s visit to Italy, Avola’s boss, Aldo Ercolano (photo right), told him that the New York governor would be an “excellent target.”

“Cuomo was a symbol of America which during those years hosted collaborators who wanted out of Cosa Nostra and then got their bosses arrested. His death would have sent a strong signal to New York. It would have made them understand what happens to those who stand in the Mafia’s way,” Avola told The Guardian.

If successful, Cuomo would’ve been just the second American murdered by the Mafia on Italian soil.

In 1909, New York policeman Joseph Petrosino arrived in Rome, Italy, to meet with members of Italian law enforcement and discuss the Mafia’s activities in the United States and collect intelligence on its members. Part of a 15-man Secret Service branch of the agency founded exclusively “to crush the Black Hand and Anarchists of the city,” Petrosino planned to set up an espionage ring in Sicily to gather up-to-date information.

He was a courageous man intent on breaking the Mafia and, as such, he was a huge threat.

By the end of February, he arrived in Palermo, Sicily. His arrival was duly noted by local Mafiosi. As Petrosino went about his business, they lay waiting in the shadows following his every move. On March 14, two men approached him on the street, guns drawn, and shot him dead.

An American hero died. A plaque dedicated to his memory can be found in the Giardino Garibaldi. Gone, but not forgotten.

Flash forward to 1992 and the visit of another Italian-American to the island of Sicily. A man who knew the dark forces who roamed those streets. He came prepared.

“The American politician arrived with extremely tight surveillance, lots of bodyguards and a bulletproof car. It made the execution impossible,” Avola told The Guardian. “Reluctantly, Aldo Ercolano ordered the men of honor to withdraw.”

Petrosino remains the only American murdered by Cosa Nostra on its home ground. Cuomo died of natural causes on January 1, 2015. His son Andrew is the current governor of New York.

Maurizio Avola went from a loyal soldier in the Santapaola crime family to becoming a pentito, turncoat, and will be freed from prison in 2019.