The King of Heroin: Profile of drug boss Sadullah Unnu, who flooded Europe with dope 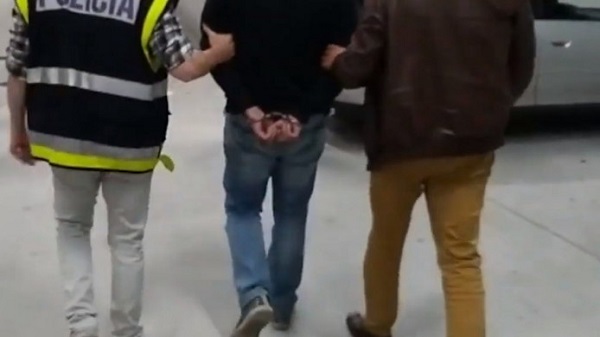 Turkish-Dutch drug boss Sadullah Unnu is nicknamed “The King of Heroin.” A pretty clear indication of his chosen occupation and top selling product. Born in Turkey and raised in the Netherlands, he roamed through Europe as he built an expansive network that pushed dope into the veins of European addicts.

Unnu was born in 1958 in Turkey. He spent most of his early years in the Netherlands, a country with a large Turkish population, but by the 1990s operated primarily out of Spain. In December of 1994, he was arrested in connection with a shipment of 118 kilos of heroin which was seized in the city of Madrid.

After he was sentenced for his role in the caper, Unnu served out the remainder of his prison time in the Netherlands, only to return to Spain once he was released. This time, he made his stay there permanent, allegedly setting up a large-scale heroin network.

On July 31, 2008, Spanish police busted him once again. This time for his involvement in a shipment of 316 kilos of heroin through the port of Sitges, near the Spanish city of Barcelona. The narcotics was smuggled via a sailing yacht named “The Alper,” which sailed under an American flag.

The shipment was divided into 633 packages. When the smugglers offloaded the product into a van and drove the vehicle to a building, police pounced and arrested the men involved – three Turkish nationals and one Romanian. The bust was part of Operation Teide and resulted in the biggest heroin seizure ever in Spain.

This week, Unnu, now 61 years old, was arrested again. On June 12, 2019, the King of Heroin was caught in Pontevedra, a city in Spain’s Galician region infamous for drug smuggling. Police found 7 kilos of heroin in his car. They allege he was supplying a network of traffickers in Galicia.

The investigation into his drug ring began in January of this year when authorities noticed a spike in heroin transactions taking place. Sixteen others were also arrested and 66 kilos of speed and thousands of euros in cash were seized.

Unnu was allegedly on his way to deliver the heroin to Francisco Javier Janeiro Rodriguez known as “Javillo”. He was arrested along with relatives. Spanish media report that Unnu never stayed in one place long and traveled extensively between Galicia, the Costa Del Sol and the Netherlands, practically living in his car. He also is reported to never use a phone.