Men with vision always make it into the history books. No matter which world they inhabit, if they start a groundbreaking movement, they will be remembered. So it is with Miguel Ángel Félix Gallardo (photo above), the founder of Mexico’s cartel underworld.

Gallardo’s rise follows a path of humble beginnings, setbacks, and that one moment that propelled him to unworldly power. Born on January 8, 1946, on the fringes of Culiacán, Gallardo didn’t set out to become a narco trafficante. Well, not as his official occupation. He joined the Mexican Federal Judicial Police and rose rapidly thanks to his ability to make connections to influential people.

While still only a twenty-some year-old he became part of the protection detail of Sinaloa governor Leopoldo Sanchez Celis. Under Sanchez’ tutelage and protection, the soft-spoken Gallardo began learning about the ins and outs of the drug trade. In those years, Mexico was divided up between several drug lords who each controlled an important piece of the pie: trafficking routes, plantations etc. Marijuana was their main product back then and they faced increasing pressure from the United States.

U.S. authorities were pressuring the Mexican government to eradicate narcotics production in its country by burning down the plantations where opium and marijuana crops were being cultivated. Instead of halting drug production, however, the operations did little to stem the flow of narcotics. Many traffickers from the area’s targeted in Sinaloa during Operation Condor, for instance, simply moved to Guadalajara in the state of Jalisco. Matter of fact, it only helped set the stage for a professionalization of the trade.

After a powerful drug lord named Pedro Avilés was killed by police in a shootout in 1978, Gallardo quickly pounced on the opening and took over his operations. Together with Rafael Caro Quintero and Ernesto Fonseca Carrillo he established the Guadalajara Cartel, which changed the way the Mexican drug bosses did business.

Rather than competing with each other, Gallardo saw more profit in working together and ensuring a stable, high price for their product. Thanks to his corrupt contacts in all layers of politics and law enforcement, he was also able to provide protection for all of those involved in the cooperation.

While marijuana was the drug of choice in the 1960s and 70s, the 1980s saw the explosion of cocaine and the Narcos quickly seized on the opportunity. Again, Gallardo played an integral part by brokering a lucrative deal with Pablo Escobar’s Medellin Cartel via a middle-man named Juan Ramon Matta-Ballesteros, who himself was a major Honduran drug trafficker. 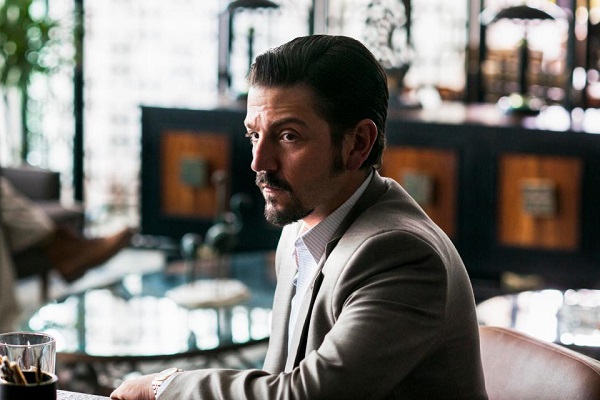 The increased profits meant buying ever bigger shipments of drugs and laundering ever larger amounts of drug money. By the mid-1980s, Gallardo’s Guadalajara Cartel was the country’s most powerful organization controlling all drug routes from start to finish. Gallardo had achieved his aim. Back when he started, he had a vision hardly anyone believed in, yet now, not only did everyone see it clearly, he could make them feel it as well.

The torture and murder of “Kiki”

Though Gallardo refrained from using violence, he was not opposed to using it if it was necessary. But when is it necessary? In a business as violent and extreme as the drug trade, necessity can differ depending on your point of view. What looks like a grave insult in the evening, may look like a funny story the next morning. So what does one do when he hears about a DEA agent who infiltrated his Cartel?

That is where Gallardo made his biggest mistake.

Upon hearing about undercover DEA agent Enrique “Kiki” Camarena’s actions, Gallardo ordered Jalisco police officers on his payroll to kidnap the agent who had bravely been collecting information on the Cartel’s flow of business. They did as they were told and captured Camarena on February 7, 1985. To find out how much Camarena (right) knew his interrogators brutally tortured him over a period of more than a day at one of Gallardo’s ranches. Camarena was eventually murdered when his killer bore a hole in his head with an electric drill.

They then dumped his body in a shallow grave where it was found by authorities.

Confronted with the gruesomely mutilated corpse of one of their own, the DEA went to war. It began Operation Leyenda and sent scores of agents over to Mexico to investigate the murder. It didn’t take them long to identify the man behind Camarena’s killing, but to arrest him was a different story.

Gallardo’s years of cultivating political contacts, offered him a Teflon layer of defense. It took the DEA until April 8, 1989, when they finally caught their man. To be able to stay out of reach of the world’s biggest superpower for several years is a testament to Gallardo’s incredible influence.

No wonder then, that after his arrest, he continued running his Cartel from behind prison bars. It was to be business as usual, but with a twist. All territories would be divided among the members of the Cartel. It was to be as it was before Gallardo’s rise, but with the smooth working relationships and political protection that came during and after it.

The Arellano Felix brothers got the Tijuana territory and became known as the Tijuana Cartel. “The Lord of the Skies” Amado Carrillo Fuentes got Ciudad Juárez and headed the Juarez Cartel. Miguel Caro Quintero and the Beltrán Leyva family got Sonora. Joaquín “El Chapo” Guzmán and Ismael Zambada García got the Pacific coast, forming the Sinaloa Cartel.

Using cell phones, Gallardo stayed in contact with the main players, getting updates and giving orders. But when he was moved to the maximum-security prison in Altiplano – the same prison from which Joaquin “El Chapo” Guzman escaped a few years ago - his reign officially came to an end by the early 1990s.

A vision of horror

72-year-old Gallardo is currently serving a 37-year prison sentence for the drug trafficking, kidnapping, and the murder of DEA agent Enrique Camarena. Now an old man, with various health issues, he continues to be heralded in narcocorridos as Mexico’s founding Cartel Godfather, “El Padrino,” the boss of bosses, lord of drug lords.

From his cell, he bore witness as fighting erupted among the various Cartels he had left behind. Hundreds of thousands were viciously slaughtered over billion-dollar drug routes as each Cartel tried to intimidate its rival with ever more gruesome tactics.

One wonders if Gallardo was able to envision such violence when he began making his own dream a reality. If not, he has time to think about the legacy of horror he leaves behind.