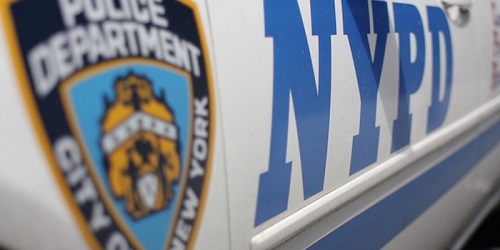 Denis Nikolla (35) pleaded guilty to extortion and firearm charges, Wednesday. His two partners in crime were a police officer in the New York City Police Department and the brother of one of Albania's most wanted gangsters. When sentenced, Nikolla faces up to life in prison and a mandatory minimum sentence of seven years.

The extortion scheme was executed like so many others we’ve heard and read about. Between May and November 2013, Nikolla, Besnik Llakatura and Redinel Dervishaj - who opted to go to trial instead of making a plea deal - conspired and attempted to extort a Queens restaurant owner, demanding regular payments in exchange for so-called “protection.”

The extortion began shortly after the victim opened a restaurant in Astoria when he was visited by the co-defendant and told that he had opened a business in “our neighborhood” and, as a result, “you have to pay us” $4,000 per month.

The restaurant owner sought help from his friend Llakatura. Unbeknownst to him, Llakatura, an NYPD officer in Staten Island since 2006, was conspiring with Redinel Dervishaj in the extortion. Llakatura actively discouraged the restaurant owner from going to the police and sought to leverage his position of trust as a friend and a police officer to persuade the victim that he had no choice but to make the demanded payments, warning the victim that the co-defendant and his associates would physically harm him if he did not pay.

When the victim resisted, Nikolla threatened him with physical violence and chased him at gunpoint down the street in Queens. Over the course of five months, each of the three defendants took turns collecting monthly payments from the Astoria restaurant owner, ultimately collecting $24,000 in so-called protection money.

Between April 2012 and November 2013, Nikolla and Redinel Dervishaj also conspired and attempted to extort the proceeds of two nightclubs located in Queens, New York, and used a firearm in their efforts to do so. In April 2012, around the time that one of the clubs was opened, Nikolla approached the owner with an extortion demand, indicating to the victim that other businesses in the area were paying him for so-called “protection.” Nikolla demanded $200 per week from the owner for each of the two nightclubs.

After the owner refused to pay, Nikolla retrieved a firearm from Dervishaj’s side, stuck the firearm in owner’s ribs, and informed the owner that if he wasn’t paid, Nikolla would come to the owner’s house and beat up the owner in front of the owner’s wife and children.

Finally, during 2013, Nikolla, Llakatura, and Dervishaj also conspired and attempted to extort a proprietor of two social clubs in Astoria. Nikolla, accompanied by Dervishaj, made the initial extortion demand, seeking payments of $1,000 per week. The proprietor refused to make the demanded payments and ceased going to his social clubs out of fear for his safety. 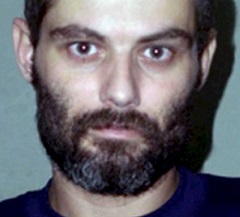 Court-authorized wiretaps of the defendants’ telephones revealed evidence of Nikolla’s participation in this extortion conspiracy with Llakatura and Dervishaj (photo right), and their attempts to locate the victim. In one instance, the three men threatened, punched, and pulled a gun on a friend of the victim in an effort to make the friend locate the victim. The victim ultimately fled to a foreign country for a period of time to avoid the defendants’ extortionate threats.

The racket had all the ingredients for an episode of The Sopranos. In this one, however, istead of the Italian Mafia being the main player, the scheme was executed by Albanians and a corrupt cop. But the link with global organized crime is very near. As Newsday reported, "In Albania, Dervishaj's brother Plaurant is considered a major organized crime figure and a fugitive wanted for several murders, federal officials said. Plaurant Dervishaj traveled to New York in 2006, court papers said."

Next month we will find out more as Dervishaj's trial begins.