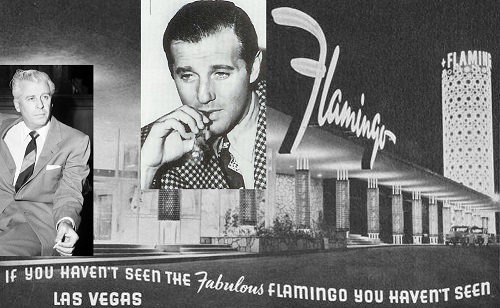 It was a day that would go down in mob history. The murder of mob boss Bugsy Siegel on June 20, 1947, shocked the American underworld and dominated news stories in all major cities. It was also a day that, years later, would cause a young girl to realize her father was a notorious gangster, one who sat next to Siegel as bullets ravaged his face and ended his life.

Even today, almost seventy years after his death, Benjamin “Bugsy” Siegel remains a household name. He has been portrayed in countless books, movies, and television shows - most recently in HBO’s Boardwalk Empire – and is viewed as the man who laid the foundation for the gambling paradise that is Las Vegas. Yet, back in 1947, Siegel’s popularity was waning. His friends in the Mafia had lost faith in his grandiose plans for The Flamingo Hotel and Casino and were appalled by his extravagant spending which never seemed to end. Worse, his casino was a flop.

On that faithful day in June, Siegel (right) ate dinner with Allen Smiley, one of his closest friends, at Jack’s-at-the-Beach at Ocean Park. Afterwards, the two men went to the mansion of Virginia Hill, Siegel’s girlfriend, in Beverly Hills where they sat down on the couch for some peace and quiet.

“Ben had just settled down on the sofa to read the early edition of the morning paper when all of a sudden there was a hell of a racket, shots and everything, and breaking glass,” Smiley later told police. “I ducked to the floor when I heard the shots and shattering glass. I don’t know how many shots were fired, but when I looked up at Siegel, I could see he had taken most of them.”

Siegel was hit twice in the chest and twice in the head. One bullet sent his eye flying through the living room. Photos of the murder scene are among the most gruesome in gangland history.

Word of the hit caused a media frenzy and an interest from Hollywood writers and producers for Siegel’s story that continues to this day.

Much less attention was given to Siegel’s friend Allen Smiley (photo left). Described often simply as a “local hood,” Smiley has been given little to no attention in mob history books.

Though he might’ve been merely a small player in the nation’s underworld, he was the center of the universe for a small girl named Luellen, a teenage girl shielded from blood and violence, who had a loving father who did everything for her. A father, she found out one day in 1966, whom she did not know as well as she thought.

“My best friend, Denise, lived in Brentwood with her divorced mother and siblings. We hooked in the unfamiliar and confusing imbalance of a broken home life. Her mother was suffering depression after a recent divorce and I was dangling from my father’s fingertips, hopelessly conflicted after my mother died,” Luellen Smiley tells Gangsters Inc.

“After school one afternoon we stopped at the Brentwood Pharmacy. Denise was looking at the book rack and I was following along. ‘Luellen, my mother told me your father is in a book, The Green Felt Jungle. It’s about gangsters. Wanna’ see if they have it?’ she asked. I agreed to look because Denise was interested, but it meant nothing to me.”

Then Denise found the book. Excitement took hold of the two girls as Denise flipped through the book looking for the passage about Luellen’s father. Luellen: “We hunched over the book and read the description of my father, ‘Allen Smiley, one of Ben Siegel’s closest pals in those days, was seated at the other end of the sofa when Siegel was murdered,’ it read. I asked what it meant and who Ben Siegel was.”

“Bugsy Siegel was a gangster. He was in the Mafia. Your father was his associate,” Denise explained. 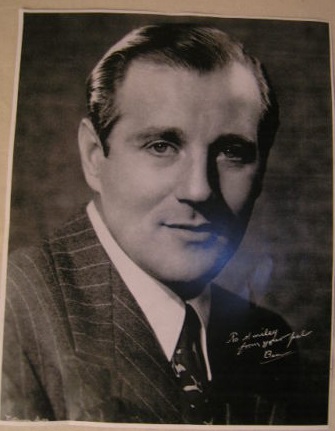 The answer shook Luellen. “After Denise showed me the book a neurotic obsession to interfere surfaced,” she writes in her book Smiley’s Dice. “I waited until dad left for the evening and then I opened the door to his bedroom. I walked around the bed to a get a closer look at the photographs on the wall. It was the first time I could read the inscription: To Al my dear friend, Your pal, Ben. I stared at his eyes, sensually sexy, and a confidant harmless smile.  It was a different photograph, but it was the same man in the “Green Felt Jungle.” The photograph placed next to it, was of Harry Truman with a similar inscription dated 1963.  The disparity of Benjamin “Bugsy” Siegel alongside Harry Truman wouldn’t mean anything to me for another thirty years. At that moment I was driven with curiosity and anticipation of what Denise had told me.”

While rummaging through the bedroom, she was caught in the act by her father, who was enraged by his daughter’s invasion of his privacy. “How dare you go into my things!” he yelled, reminisces Luellen. “He wanted to know what I was looking for. I answered I was looking for pictures.”

Smiley wasn’t buying it and immediately pointed to the photo of Siegel (left). “Now you listen to me and don’t forget this for the rest of your life. This is Benjamin Siegel!” he told Luellen. “He was my dearest and closest friend.  You’re going to hear a lot of lies and hearsay about him. They call him “Bugsy,” but don’t let me ever catch you using that term. You listen to what I tell you.  He was our friend! The best friend I ever had.”

As the sentences left his mouth he was trembling.

“What else do you want to know?” he asked her. “Let’s discuss it right now! You have a question! Ask me now!”

Luellen hit him with the mother of all questions a child of a mobster could ask his or her father.

“Daddy, what is the Mafia?” After repeating those few words, Smiley (photo left) sent his daughter to her room to think about what he had just told her. There, 13-year-old Luellen began burying what she had found out. Her dark family secret stayed hidden, tucked away like a bad dream, until one day in 1993 everything came crashing out into the open.

“I was watching a Bugsy Siegel documentary on my television sometime in 1993. It was the first one I’d seen,” Luellen tells Gangsters Inc. “Three historians joined in on the violence Bugsy honored and esteemed. Half-way through the celebratory lynching of Bugsy and his pals, a reporter made the statement that ‘It’s obvious Allen Smiley was there to set Bugsy up for the hit.’ Andy Edmonds stated that dad conveniently disappeared into the kitchen during the time of the shooting. The claim shot through me like a bullet. It wasn’t until a photograph of my dad appeared on the screen; a man with thick graying hair that I noticed an expression I’d never seen, horrifying fear. I moved closer to the television to see his face up close. A kaleidoscope of emotions rose to the surface; anger, shame, curiosity, and disbelief.”

All these emotions started a fire in her as she began to – finally – research her father’s history. “I was building my own career and life,” she explains to us about why it took so long. “One day I pulled the plug and knew I needed to write my way home. I had no family history passed on to me, so I had to find that path. So many friends and colleagues talk about their parent's life, their business, their relatives. When I was asked, I never had any answers.”

She read thousands of pages of FBI and INS files and has recently wrapped up a 450-page book about her father titled Smiley’s Dice for which she is currently seeking an editor and publisher.

After doing the research, Luellen found there were many misconceptions, false rumors, and outright lies about her father. “The biggest lie was that he ran a prostitution ring from Los Angeles and Sacramento to Mexico,” she says. “I discovered that, after three years of interviewing every prostitute along that track, the FBI task force came up with no evidence.”

These accusations also bothered Luellen’s father when he was still alive. “Dad sued Hearst Corporation for defamatory print on his being an immigrant without papers and a notorious gangster.”

Everything though, revolves around that day in June 1947. 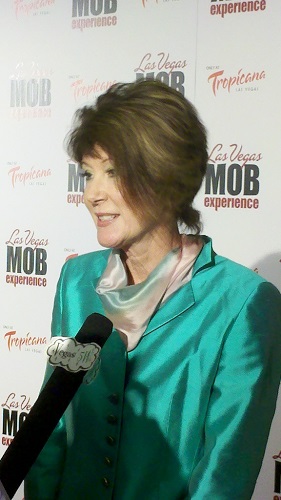 Was Smiley involved in Benjamin Siegel’s murder? Luellen (photo right) thinks not. She has no hard evidence to back up her claim - then again, who has? – but simply looks at the evidence in front of everyone. Luellen: “My Dad had everything to live for and his position on the same sofa right next to Siegel is evidence he did not know.”

Mostly, it’s her father’s own words. “Dad told me that he would take a bullet for a friend, and that Ben was the best friend he ever had.”

Since finding out what her father did for a living, Luellen has been on a journey with ups and downs. The hardest part is how people who know about her father tend to view her, she says. “The general public can't help but see me through blood and violence.”

But it is something she learned to deal with and has now left behind. “I am washed of shame and discordance of my dad's choices in life. His lessons stabilized and taught me how to handle thieves, liars, men, and a career,” she says proudly.

“I was a naive, trusting, and sheltered teenager. Dad schooled me by way of example. If you are going to borrow money, ask for more than you need so you don't go back a second time. Don't trust the salesclerk, the grocer, or the mechanic. Everything is a racket. As far as men, he did background checks for me - and was always right about the men I chose. You never ever give someone something of value, without a contract or promissory note.”

In the end, she remembers a loving father. “No matter where he was or what meeting he was in, if I called, he'd talk to me. He didn't buy my love, he gave me all the free time he had to give. When I was in trouble, he got me out of it. With a lot of hollering and intimidation.”