How mob boss Meyer Lansky laundered the American Mafia’s dirty cash – and made them bigger than U.S. Steel 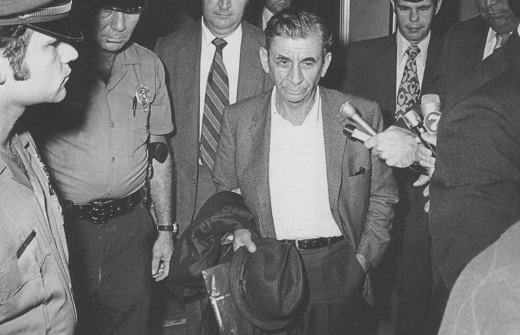 The pinnacle of organized crime is laundering your ill-gotten monies into crispy clean dollar bills that are out of reach of law enforcement and the IRS. Nowadays, this is something understood by most crime bosses and drug lords, but back in the 1930s there was just one man who had the vision and smarts to help the American Mafia become “bigger than U.S. Steel.” That man, was Meyer Lansky.

“Lansky was the financial whiz behind Lucky Luciano’s success,” New York mob boss Joseph Bonanno summed up Meyer’s role in the national crime syndicate. Though he was Jewish and could never become an initiated member of La Cosa Nostra, the Italian-American Mafia, Lansky had risen to the very top of organized crime in the United States alongside his lifelong friend and partner-in-crime Charles “Lucky” Luciano, who went on to become the most important leader in the history of the American Mafia. 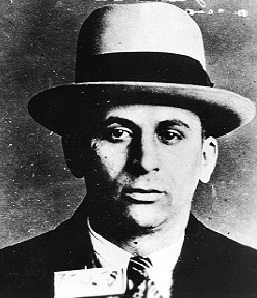 The two had met in New York. One Jewish, the other Italian, both grew up on the mean streets of New York City. More importantly, both refused to lie down for anyone. They were standup guys. Tough guys. Even as kids they had a ferocious mentality to succeed by any means necessary.

The two men recognized their common character traits and developed a bond that would last their entire lives. A bond, too, that would change the world forever. Especially when they went into the alcohol business.

Like shooting fish in a barrel, that pretty much sums up the years of Prohibition for the mob. When the government outlawed alcohol they effectively gave organized crime a machine to print money. All of a sudden everyone could become a millionaire! And many did.

Lansky and Luciano made sure they did too. The two born hustlers had been dabbling in drugs, illegal gambling, and plenty of other illegal ventures, but nothing compared to selling booze during Prohibition.

More importantly, Prohibition gave the Mafia respectability. No longer were they street thugs involved in lowly crimes. Nope, now they were brave men willing to provide a popular service the government refused to allow. They risked jail time so their fellow Americans could enjoy a cold alcoholic beverage.

The public loved these hoodlums, and so did many politicians who had their hands out for some extra cash to look the other way.

When Prohibition ended, Lansky and his fellow mobsters were already hard at work at various other hustles. Gambling remained their favorite moneymaker. Under Lansky’s leadership, the mob set up casinos and gambling joints throughout the United States and around the world in faraway places such as Havana in Cuba, London in England, and Amsterdam in the Netherlands.

The flow of illegal money continued. But, so did the heat from law enforcement. Matter of fact, the heat increased. Prohibition and its riches had turned mob bosses into famous figures on the cover of newspapers and tabloids. Many knew about their “business” and when the violence that accompanied their “business” resulted in bloodshed on the streets where law abiding citizens did their shopping, police were eager to bring these gangsters down any way they could.

That’s how, in 1932, Chicago mob boss Al Capone, a suspect in numerous illegal activities ranging from bootlegging to prostitution and thought to be behind hundreds of murders, ended up behind bars for the non-violent crime of tax evasion. He simply was unable to explain his wealth. That’s how one of America’s most violent and powerful gang bosses was brought down.

It was an eye-opener for many criminals - including Meyer Lansky - and it resulted in the very first instances where ‘dirty’ money was laundered to appear legitimate. “The origins of money laundering are imprecise but we know that the activity began to develop on an industrial scale in the US in the middle part of the twentieth century as Mafia bosses recognized the need to demonstrate that their enormous pools of wealth had derived from ‘legitimate’ sources,” author Stephen Platt writes in Criminal Capital: How the Finance Industry Facilitates Crime.

Among those early pioneers one man stood out, according to Platt. “Meyer Lansky, known as the ‘Mob’s accountant,’ developed a significant gambling empire that stretched across the US to Cuba. He was able to successfully utilize casinos and race tracks to place and launder criminal money for the mob.”

But, Lansky realized, casinos and race tracks still attracted unwanted attention from law enforcement. Hell, these were the places where mobsters loved to hang out and socialize, they were notorious for it. It was time to diversify.

Besides, the mob controlled such large swaths of territory and people that it had no problems placing its money behind other places and ventures. “The nationwide investigation into organized crime by the Kefauver committee in 1950 uncovered evidence of the infiltration of organized crime into some fifty areas of legitimate enterprise,” Virgil W. Peterson points out in his book The Mob: 200 Years of Organized Crime in New York.

In 1969, the Internal Revenue Service (IRS) did its own investigation and discovered that out of 113 of the country’s top mob bosses 98 were involved in 159 individual businesses, including 32 casinos and nightclubs, 17 land investment and real estate groups, 11 hotels and motels, 10 vending-machine companies, 8 restaurants, 8 trucking companies, 7 wholesale food distributors, 7 businesses in the sports and entertainment fields, and 6 financial institutions.

And once their money had been cleaned, the bosses walked away legit. Since it was already hard to prove they were directly involved in crime, it was impossible to convict them of money laundering simply because it wasn’t a crime yet. Money laundering remained legal until 1986 when Ronald Reagan sponsored legislation that made it a federal crime.

As the mob pumped its dirty cash into the system getting clean money in return, Lansky watched. Though his name had become notorious for it had been linked to all the top hoodlums of that era, he himself kept a low profile.

The public never seemed to grasp his exact role in the scheme of things. As journalist Hank Messick, who followed Lansky’s career from up close, put it: “Crime, to be understood, must be explained in terms of safety on the streets or in the homes. Newspaper readers can understand a brothel boss or a numbers writer – but you lose them when you write of international bankers and interstate couriers. Such things, they think, belong in the movies.”

Lansky flew beneath the radar. While bosses were getting murdered or incarcerated, he plied his trade as a “financial whiz,” offering his know-how to those in power. He was respected and well-connected.

By this time organized crime was a multi-billion dollar business. The top bosses were all alleged to be worth over $100 million. Lansky, too, was believed to be part of that club. The FBI estimated he had amassed a fortune of $300 million.

Whether it was true or not was never established. Despite their best efforts, law enforcement agencies could never find any of Lansky’s illegal dough. In true underworld fashion, Lansky hardly put anything in his own name. Not even the places where he did business. As Messick wrote in his book Syndicate in the Sun, “Nowhere would you find Lansky’s name on an official record pertaining to the Singapore [hotel]. But it was his headquarters.” 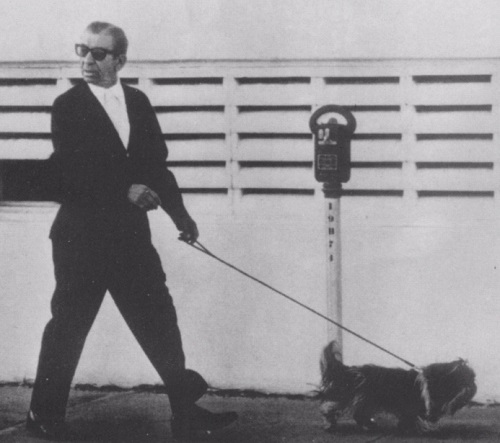 When he died from lung cancer at age 80 on January 15, 1983, he left behind very little to his widow and children. His money had long ago died with him. For Lansky, as it is with other mob bosses, was worth as much as his influence. Once crime bosses lose their power, once they lose control over people, they lose their wealth, or parts of it.

That is why putting your wealth in other people’s names isn’t the best tactic when it comes to hiding your money. When you are laundering your money it’s much better to get a no-show job at a place you “allegedly” own or a generous loan from an off-shore company. At least then you’ve got something to show for your criminal work.

By placing it in the names of others, you essentially own nothing. Of course, this also makes it incredibly hard for the law to put you behind bars on tax charges. But we didn’t need to tell Meyer Lansky that. Something tells us he was already quite aware of how this finance game worked.

From memory, his probated will left $57000 plus the small apartment that Teddy would live in. Jimmy Blue Eyes

subsequently brought her $122000 which was Meyer's cut from 'the boys.' The rest of his money? Who knows?