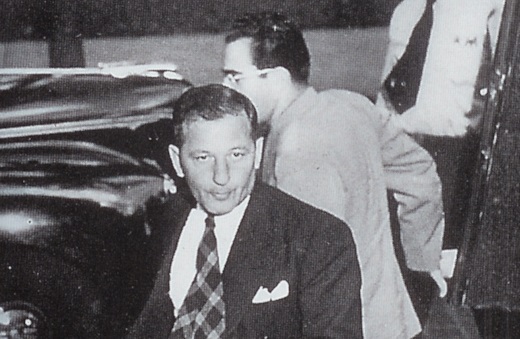 Just a month following the murder of “Boss of all Bosses” Salvatore Maranzano, another crucial moment in the evolution of the National Crime Syndicate took place. This, essentially, was an incident that not only officially inaugurated the Italian – Jewish unification that Luciano and Meyer Lansky desired, but also brought a controversial law into question.

It all began from complaints, by the Amalgamated Clothing Workers’ Union, that racketeers were “terrorizing” the industry. New York Mayor Jimmy Walker was inundated with the union request to clean up the gangster element. Union President Sidney Hillman, also had names of a few racketeers he wanted police to put the squeeze on. So, the Mayor gave Police Commissioner Mulrooney the go ahead to crack down. The officials were armed with the power of a statute, that was piggy backed to a Disorderly Conduct law. “Public Enemy” law, was broadly designed to give authorities the green light to, on their judgment, apprehend known criminals – when they were consorting together.

On the night of November 10th, 1931, a team of ten detectives, led by Assistant Chief Inspector John J. Sullivan and Inspector John J. Lyons, paid a visit the Hotel Franconia on West Seventy-Second Street in Manhattan. They were operating from information provided by Mayor Walker, the Union President Sidney Hillman and subordinate officers within the police force (who had been keeping some of the suspects under surveillance for weeks). The information provided made them aware a gathering of mobsters was taking place in a suite located in the Franconia (owned by the late Arnold Rothstein). Police weren’t certain how many alleged racketeers were in the suite, but they were sure, at the very least, one primary target was there – Louise “Lepke” Buchalter (right).

Detectives from the “Radical Squad” descended on the suspected hotel suite, which was registered under the name “Rosen”, at 6 pm and remained there until 3 am. according to another officer present during the raid, Lieutenant James Pike of Criminal Alien Squad, a garment union representative named Max Rubin called the hotel room – adding more damning evidence (later used as testimony against the men arrested.)

The alleged racketeers were taken to police headquarters for processing. The nine defendants were listed as (most of their names and nicknames were misspelled in various ways, from one news report to the next); Benjamin (Bugsy) Siegel, Louis (Lepke) Buckhouse, Harry Greenberg, Hyman Holtz, Jacob Shapiro, Joseph Rosen, Louis Kravitz (aka Louis Kay – who became a fugitive in 1937 following accusations of being in charge of Lepke’s narcotics racket), Philip Kavalich, and Henry (Harry) Teitelbaum (who had physically rented the suite under the name Rosen.)

The law by which the nine men were arrested had been controversial since its inception and only implemented as a “temporary” solution during an investigation known as the Hofstadter legislative inquiry. “Consorting Together” – is how the allegation was termed, but the groups’ lawyer promptly asked the courts for a dismissal of the charge, because the law was enacted during an emergency session and not for use outside of the circumstances from the Hofstadter inquiry. The request was denied, but attorney Samuel Liebowitz took the case before Magistrate Gottleib.

Leibowitz presented his case for Gottleib to consider. No decision was immediately made, and Gottleib adjourned court for a few days. However, one of the nine gangsters – Jacob Shapiro – was served with a deportation warrant as he was leaving court.

Shapiro had a lengthy criminal record, which was the foundation of the government’s plans to deport him. In particular, Shapiro was involved in the 1929 murder of Augie Orgen, and the injury of Jack “Legs” Diamond – who was acting as Orgen’s bodyguard. Shapiro was discharged in the case, but authorities were sure to make the connection public information, especially since Louis “Lepke” Buchalter had also been implicated in the Orgen murder case. Furthermore, and in direct relation to the clothing industry issue, Shapiro, Buchalter and Louis Kravitz were three of five men apprehended in 1929 following the destruction of M. & L. Rosenblatt clothing company on Broadway.

Court reconvened several days later, and Gottleib was getting an earful from Police Commissioner Mulrooney.
“They are known as criminals and racketeers, men who exercised influence in gangland, capable of homicide or sabotage,” Mulrooney proclaimed.

The commissioner was rightfully concerned the nine gangsters might get a free pass. Magistrate Gottleib had a reputation for empathy, known for exercising fairness and leniency on petty crimes (his obituary in 1933 read “noted for his charitable attitude toward petty crimes induced by poverty, and founder of the Bricken Fund for making small loans to the poor.”) Assistant District Attorney Robert Daru tried to convince the Magistrate, imploring the entire case was built around the men being of “evil reputation.” 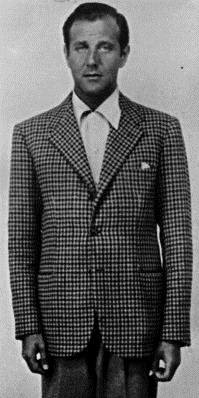 Mulrooney contended that three of the accused were “known criminals” – Shapiro, Buchalter and Holtz. However, he also admitted he personally couldn’t recognize any of them himself, but based in his belief on the reputation the men had within the larger police force. Adding to the case against the gangsters, virtually every police officer that took the stand called the men, “Very bad.” Also in an attempt to prove the prosecutions accusations, fingers were pointed at Benjamin “Bugsy” Siegel (right). Detectives present on the Franconia raid had also identified a Lincoln parked outside, complete with bulletproof glass and reinforced body– belonging to Siegel.

During the 1920s and 30s, especially in cities with heavy underworld activity, it was not unusual for police and the public to presume those driving decked out bullet proof vehicles were indeed gangsters. However, the question before Magistrate Gottleib was far beyond what these men were driving expensive vehicles, or why they were having a meeting in an expensive hotel suite. The ultimate issue was the legality of the law they had been in violation of.

The defense also had witnesses, specifically to refute the “very bad” label prosecutors placed on their clients. One such witness was James Reardon, the Vice President of the United States Trucking Corporation. Reardon told the court Siegel worked for him from 1917 to 1921 and was of good character. Prosecutor Daru, who had categorized eight of the nine men as “of evil character,” asked Reardon if his opinion would change, based on the fact Siegel had an arrest record.

On December 24th, 1931, all nine of the Jewish men received a Christmas gift. Magistrate Maurice Gottleib discharged all them. His decision was based solely on one important fact: the Public Enemy amendment to the Disorderly Conduct law was only an emergency decision, which expired in March of 1931 anyway. Gottleib explained that the police simply had not proved the men had assembled for unlawful purpose.

“There was not the slightest evidence presented by the State in this case to show these defendant had met unlawfully,” Gottleib declared. 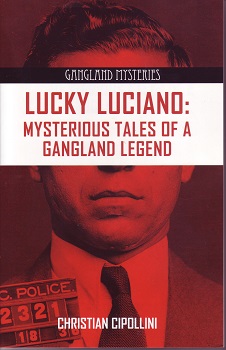 However, the Magistrate was not about to criticize the police for carrying out their duties, and by no means did he believe the defendants were saints of any kind. His decision was not based on anything but how the law itself was to be interpreted.

“I have no doubt that all but one of the defendants are men of evil character and a liability on the community,” continued Gottleib. “If it were not for the face the ‘unlawful purpose’ element in the charge against them had not been proved, I would not hesitate to sentence them to the full penalty.”