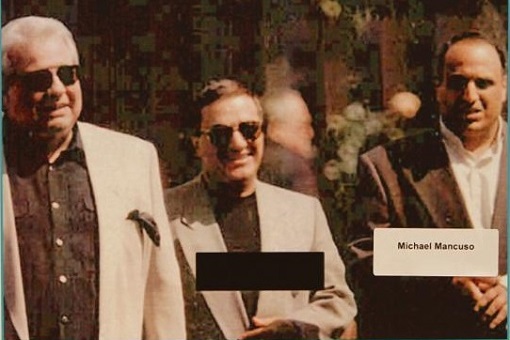 The Bonanno crime family has a new boss. And he’s already behind bars. Michael “The Nose” Mancuso won’t see the streets of New York until his scheduled release in 2019, but he has been chosen as boss nonetheless. Some would argue the Bonannos have gone bananas once again.

While many of America’s twenty-plus La Cosa Nostra families have faced a steady decline, the Bonanno family has definitely decided to jump off of one cliff onto the next until it hit rock bottom. The first sign things weren’t going as planned for the family was when a war broke out between their namesake and leader Joseph Bonanno and a rival faction eventually resulting in his exile. Living in Arizona, away from the mob, he wrote a book about his life titled A Man of Honor: The Autobiography of Joseph Bonanno.

Though he was forced into retirement and had little or no dealings with the mob, the book was considered a slap in the face of omerta, the code of silence. It also gave folks in the Justice Department some extra motivation and a little bit of evidence to crack down on the mob even faster and harder. When asked to testify about organized crime, Bonanno refused and as a result spent fourteen months in a federal medical facility for prisoners in Springfield, Missouri. For Joe Bonanno there was a distinct difference between writing a book that vaguely described crimes and sharing information with the government.

With Bonanno on the sidelines his family moved on and tried to find a new competent leader. Dope trafficking czar Carmine Galante thought he was boss for a while. Until they gunned him down. The real power lay with the imprisoned Philip “Rusty” Rastelli and his loyal men on the streets. Men like “Sonny Black” Napolitano and Joseph Massino. If Sonny Black sounds familiar, you’re correct. He was featured prominently in the movie Donnie Brasco about FBI agent Joseph Pistone who infiltrated the Bonanno mob and came close to its inner circle of power. Between Bonanno’s antics, Brasco’s infiltration, and the Sicilian dope trafficking, the other families decided they had enough and threw the Bonannos off the Commission and into isolation. 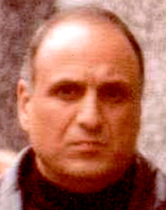 At this point the story reaches a point that will repeat itself every few years. It’s a story of a crime family being at the brink of extinction, rebuilding, coming back, and falling from grace yet again. This is where we now find 59-year-old Michael “The Nose” Mancuso (right). In a New York Daily News piece in June of 2013, he is being hailed as the man to bring back the beleaguered mob family to the days of Joseph Massino. The article claims that in the last eighteen months the family has made ten new members. Ten may sound like a lot, but not when you take into account that over sixty Bonanno mobsters were taken off the streets in the past decade. Among them the newly crowned boss Michael Mancuso.

Mancuso is no stranger to prison. He can do his time. More importantly, it looks like he not only can do his time but that he actually will do his time. In 1984 Mancuso fatally shot his wife. According to his defense lawyer it was a freak accident. “His wife's death was an absolute tragedy. They had an argument and she got shot,” he said. Like a scene between Janice Soprano and Richie Aprile in which they switched roles, Mancuso fired a bullet to her head and then left her body on a bench in front of Jacobi Hospital. He was caught and sentenced to ten years in prison. With that incident he proved that he would stand up when it came to doing his time. No matter how stupid, cold-hearted, and senseless his crime.

Bonanno wiseguys, especially, are looking for that particular trait in their new leaders after their former boss Joseph Massino became the first New York mob boss to become a cooperating witness. When Mancuso was released in 1994, he came back to a family which was ruled with an iron fist by Massino. He even dictated the family would be renamed the Massino family because of Bonanno’s “tell-all” book. For a long time it seemed Massino had found a successful recipe for being boss and staying out of jail. His secretive and low-key manner made surveillance difficult. With zero informants willing to rat out the one free mafia boss in New York things looked like they could go on for decades. But ‘the life’ is no fairytale and pretty soon rats were flooding the courtrooms ready to testify about Bonanno crimes. Eventually the rats gnawed their way to “Mikey Nose”.

The mob doesn’t like people who talk too much. That is why Randolph Pizzolo had to die. The Bonanno associate was blabbing his mouth about stuff he was supposed to keep secret and the bosses decided enough was enough. With Massino in prison, Vincent Basciano took over as acting boss. First order of business was Randolph Pizzolo. With charges and rats piling up to the ceiling, the mob could not risk leaving a blabbermouth to continue bragging and yapping. Basciano felt so strongly about killing Pizzolo that he did not ask Massino for permission. When Basciano himself was arrested on November 19, 2004, his orders to kill remained active. 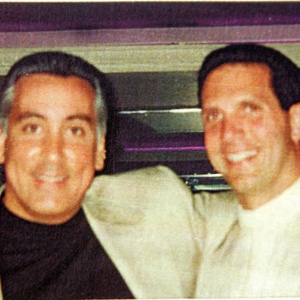 The contract was given to acting capo Dominick Cicale (photo right with Basciano on the left) to take care of business. Cicale told Mancuso to handle it. Mancuso, having learned the ropes in the 1980s as a member of the vicious Purple Gang (of which Genovese boss Daniel Leo was also a member), had developed a reputation for violence. As a member of the Bonanno family he showed he was a reliable triggerman as well. Now his bosses asked him to work his magic. It was to be enchanting.

Together with fellow soldier Anthony Aiello Mancuso lured Pizzolo to an industrial section of Greenpoint, Brooklyn. When Pizzolo arrived at the meeting he was wearing a rhinestone belt buckle with the initials “RP.” Even when he didn’t open his mouth, he seemed to scream for attention. As Pizzolo got out of his car Aiello was eager to oblige him as he shot the loudmouth wiseguy seven times, hitting him in his lower back, his neck, and the back of his head. When police arrived at the scene they found Pizzolo face down in a puddle with a roll of over $1000 dollars still in his pocket. His killers had vanished in the night.

At the time of the meeting, Dominick Cicale was enjoying a home game of the New Jersey Nets. His courtside seat put him in full view of the television cameras and provided him with an alibi for the murder he had ordered.

So how do we know all these specific details? Because Cicale decided to testify about it after he was facing the death penalty. Once he began talking the dominos rapidly started falling. Mancuso and Aiello were picked up and charged with Pizzolo’s murder. By this time Mancuso had become acting boss after numerous arrests had decimated the family. In the summer of 2008, looking at testimony from their capo Cicale and boss Massino, Mancuso and Aiello pleaded guilty. Aiello was sentenced to 30 years and Mancuso received a sentence of 15 years, which they are currently serving. 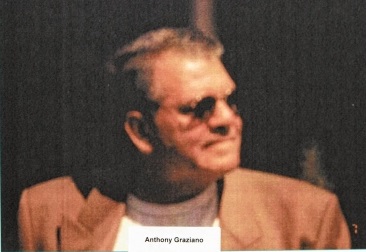 And now he has been named the official boss. Allegedly. If Mancuso ever gets out of prison he will be 65 years old. And his crime family will no doubt have suffered some more losses. Not to mention that he will have a bull’s eye on his back the minute he sets foot outside of prison walls. With Bonanno mobster Anthony Graziano’s daughters flaunting their mafia roots in television viewers’ faces on the show Mob Wives there will be no shortage of interest in the man who leads “their” crime family. Whether Mancuso really is boss or just a figurehead doesn’t matter because with this press release his fate is sealed. A new indictment that will send him away for life will now make the career of an as of yet unknown prosecutor, so it is only a question of when and not if he will be indicted.

With the Bonanno family electing an imprisoned man as new boss one has to wonder in what kind of shape they are. Are they being smart by choosing a violent man who is able to keep his mouth shut and sit in a cell? Or have they gone bananas by choosing a wife-killer who can only lead his family from behind bars? Only time will tell.

it sounds like they're not the smartest family out there. Great reading as always

Very true, Vincenzo. You are a native born Italian? You are correct in your spelling. As you will notice in my articles and profiles I use "Cosa Nostra" for the Mafia in Sicily and "La Cosa Nostra" for Italian-American organized crime in the United States. The reason for this is that the FBI invented "La Cosa Nostra" many decades ago and its wrong grammar has stayed with us after all this time even though we know it is incorrect. Now La Cosa Nostra/LCN is used by law enforcement, authorities, and the media as a general label for the Mafia in the U.S.