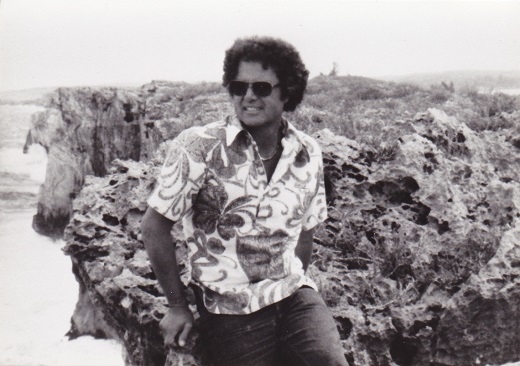 This is the true story of the events of my life. It involves arriving at the infamous Norman’s Cay in the Bahamas, participating in the island drug smuggling business, and the subsequent consequences that include stunning punishment for refusing to rat on my comrade in the courtroom. - Jack Reed

Norman's Cay is an out island 210 miles off the Florida coast in the Bahamas. Having gained notoriety in the late 70’s as a staging point for drug smuggling, Norman’s Cay was immortalized in “Blow”, a 2001 motion picture starting Johnny Depp. From 1978 through 1982, Norman’s Cay was the epicenter of the world’s largest drug smuggling operation. It was the tropical playground of drug czar Carlos Lehder, partner to Pablo Escobar, founder of the Medellin Cartel. Cocaine was flown in from Colombia by private aircraft, then reloaded into other aircraft, and flown to locations in Georgia, Florida, and the Carolinas. Authorities allege the island operation was responsible for 80% of the cocaine that entered the United States at that time. Lust was my nemesis. For as long as I can remember, it lured me. Aroused me. Seduced me. And because it felt so good, I couldn’t resist. In all my relationships with the ladies, I strived to not only cultivate, but sustain the titillation. To find a way to make the erotica last indefinitely. To stave off the inevitable- the demise of lust that always occurred after the familiarity of my lover led to boredom- thus, extinguishing the initial flush of carnal desire. After much trial and tribulation, I discovered the secret to making lust last, but lost my freedom along the way. Since I am a convicted drug smuggler, you likely assume contraband was the sole culprit that led to my arrest; however, in looking back, lust wasn't just a player. Lust was the leading lady that contributed to my undoing.

This story was written in 2005. I (photo of Jack, right) was born in Southern California in 1930. I might be considered an adventurer by some; by others perhaps- a damn fool. Many of my acquaintances in my present life, upon hearing some of my tales, have suggested that I put pencil to paper and share some of my exploits with those having an adventuresome nature. I’m not sure that my controversial lifestyle is really that interesting to others; however, the idea caught my fancy when I realized that in writing about my adventures, I would be able to relive them by recalling them to memory. This alone was motivation enough to produce the following story. Because this was written for my personal pleasure, embellishing the facts served no purpose. It’s a possibility that some of the events might be slightly out of sequence. All of the characters depicted in my story have been called by their first names or nicknames, except where it made no difference. Parts of my story might be sensitive to some. In the parts involving criminal activities, all of the facts are a matter of public record, except for my personal comments and observations. 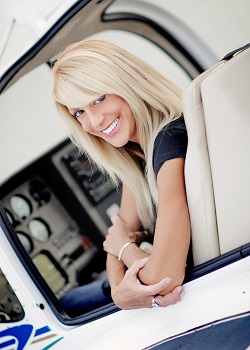 In 2007, I, a TV producer, want to interview Jack Reed, an incarcerated international cocaine smuggler, about being the personal pilot of a drug cartel linchpin. He refuses. He never has, never will grant interviews, having grown sick of media hounding him for his infamous story.

I respect his privacy, but something tells me I really, really should talk to him. I write him back, admitting I don’t know why. Restrained from asking the obvious questions about the drug cartel and his role in it, I fall back on what we have in common: we are both experienced pilots. I ask him about his flying adventures.

He tells me. Does he ever. My. Jaw. Dropped. I ask for more, and more. He lets me read his memoirs. But the more I get to know him, the more questions I have about how he, a mom and apple pie all-American boy, turned into a smuggler. He’s had twenty years to meditate behind bars, to look deeply into himself, and he’s able to answers those questions too.

I sense almost immediately that he shouldn’t be serving a life sentence at all, let alone having been slapped with two. Something is wrong here. How could it happen? How did it happen?

As Jack relates his account of his arrest and trial (the story has never been given to any other journalist), and I learn of the egregious miscarriage of justice for this non-violent offender, I am angered and sickened. I want to scream at the sheer wrongness of it all. But I’m not a lawyer. What can I do?

So close have Jack and I become, so deeply in tune with one another, Jack tells me that I can be his biographer. Now I have a purpose. I know what I am going to do with the reams and reams of exclusive interview notes I have taken that augment the memoir he wrote. I am going to write his story.

I begin the background research and uncover a piece of data. Domino-like, one thing leads to another and another, and suddenly I’m not just recording Jack’s story, I am a character in it. I have to take a stand against powerful government agencies. I think standing up might take more courage that I have, but when I look inside and see how much my heart has opened through knowing Jack, I know that I can, I will find the courage.

Buccaneer: The Provocative Odyssey of Jack Reed is a compilation of the memoirs Jack wrote in prison, and my personal notes taken from exclusive interviews towards the end of his life.

My story starts on the 4th day of February, 1987. From memory, I painted the rustic home depicted in this book. I shared this home with my two most cherished companions and various creatures. Sheldon- my young girlfriend and lover, best friend and confidante- hails originally from Southern California. Norman, our beautiful golden retriever, is a native of Florida. He has shared much of the adventure that I am about to relate. Our creature friends consist of what you might expect to find in a tropical rainforest. We co-exist quite nicely.

Our secluded home is located on the primitive Caribbean coast of Panama. We have lived here approximately six years. It has all of the amenities that you would find in a tropical paradise including a pristine white sand beach and a blue lagoon fringed with coconut palms the trade winds blew through.

It’s mid-morning. What few chores I am responsible for have long been completed. I am lounging in my hammock on the porch, enjoying a cup of robust Panamanian coffee. I am trying to decide whether I want to go snorkeling this morning or wait until later in the day. We have a barrier reef on the outer edge of the crystal clear lagoon that our home has been constructed in; the home sitting on stilts a few feet offshore.

Sheldon is off somewhere- likely working in her garden in a different section of our property. Our homestead comprises about ten hectares, which translates to twenty five acres more or less. It is a peninsula with a three hundred foot high ridge running through it, mostly covered with dense jungle. There is an isthmus on the peninsula with a low spot in the ridge. Little vegetation grows here due to the constant trade winds gusting and carrying salt spray from crashing waves on the seaward side of the peninsula. It was in this area that Sheldon, on her way back to our little home, reported seeing some men at the top of the isthmus. She said it looked as if some of them were armed. I was shocked to hear this- because to see anyone on our property, except our native neighbors, was akin to seeing aliens.

It took me about two minutes to reach the area where I had a clear view of the isthmus. I had to traverse the face of a steep cliff behind our home on a narrow path we had excavated to access our beach and other flat sections of the property. Our garden guest house, water wells and other structures were all located in this area.

Now I was confused-not being able to see a soul, but knowing that Sheldon was not playing some kind of practical joke on me. This is not her nature, and there was no doubt about the seriousness of her report.

It was the next moment that I heard the sound of an outboard motor coming around the point of the peninsula. Not one- but two native Cayucos appeared. These are long slender boats carved out of large trees. Each boat was carrying about eight people that looked like natives dressed in street clothing.

This further confused me, because even though we have been visited on rare occasion by native friends- there had never been more than four or five show up at one time. As the boats negotiated a tricky channel through the reef surrounding our lagoon, I stood on our beach surveying the situation. By now they were close enough where I could see them clearly. I was unable to recognize anyone that I knew.

The next moment I received the surprise of my life. As the boats reached the shore, every person onboard stood up with some type of weapon pointed at me. They were screaming in English and Spanish for me to lie down on the beach. About that time, the men that Sheldon had seen came running down the isthmus, armed to the teeth. Some surrounded me- others went off in different directions. 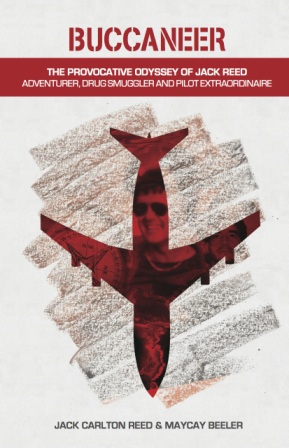 One, who appeared to be the leader of the raid- and who looked and acted like an American- handcuffed me. He took out a photo- glanced at it and looked at me hard- saying that I was the one they were looking for. He identified himself as a special agent for the Drug Enforcement Administration, and advised me that I was under arrest. He informed me that I had been indicted in the United States in 1981 for drug related crimes along with my Colombian friend Carlos. I was told that he had been captured two days earlier in Colombia. Sheldon and I were to be returned to the states, where I would be prosecuted. I was also informed that they had known where I was living for a year and a half, and they didn’t bother with me until they captured Carlos, whom he referred to as the “Kingpin” of an organization he called the Medellin Cartel.

This is a book excerpt from Buccaneer: The Provocative Odyssey of Jack Reed- Adventurer, Drug Smuggler and Pilot Extraordinaire by Jack Carlton Reed and MayCay Beeler. You can buy Buccaneer at Amazon and bookstores near you.