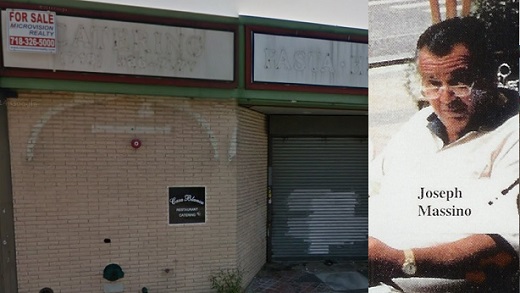 The times they keep a-changin’. Over a decade ago, Casablanca restaurant in Maspeth, Queens, was the home base of Joseph Massino, boss of the Bonanno family, one of New York’s five Mafia families. At that time he wielded tremendous power as he was the only boss not behind bars. Casablanca was the center of the underworld for many mobsters. But now, it is being turned into a bakery.

It’s a stark contrast. And for many a sign that good triumphs over evil.

Up until his arrest in 2003, Massino used the restaurant to conduct his mob business, meet fellow mobsters, and, authorities claim, host a meeting of the Mafia’s Commission, its ruling panel that oversees crimes committed by members and associates of La Cosa Nostra in New York and elsewhere.

The Casablanca restaurant was left in limbo after its owner’s arrest in 2003 on racketeering and multiple murder charges. The place was confiscated, as were many other properties of the Bonanno crime boss.

When Massino was convicted of all charges a year later, he lost any grip he may have had on the restaurant. He was looking at life in prison. Prosecutors were even pushing for the death penalty. If Massino was to ever again taste a delicious Italian meal then it would probably be his last meal on earth while sitting in a cell on Death Row awaiting his scheduled execution.

As we all know, things didn’t get to that point. Instead, Massino opted to betray his oath and his former family by wearing a wire against his successor, Vincent Basciano, and tell authorities all he knew about La Cosa Nostra in the United States.

He became the first full-fledged boss of a Mafia family to become a turncoat.

For his cooperation Massino earned a very early release from prison. He’s been out for nearly two years already. Whether or not that is justice is still being debated.

Despite receiving his freedom, Massino still lost his old headquarters. Yesterday, the Queens Chronicle reported that “permits have been filed with the Department of Buildings to transform the former crime hub into a bakery.” 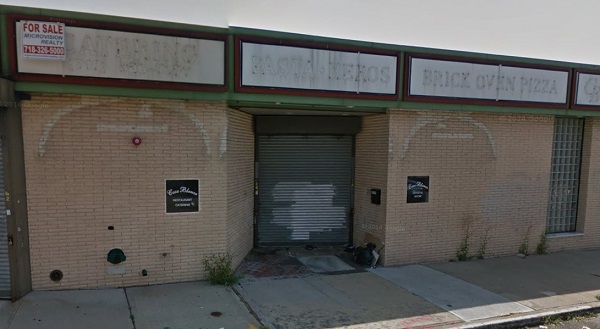 According to the newspaper, the filings were made in 2011 and approved in 2014. “The application calls for interior renovations and construction, including the creation of a bread-making room, a cake-preparation room, office and storage space and a store,” Queens Chronicle reporter Christopher Barca writes.

The Casablanca restaurant is not the first mob hangout to turn into something completely different. As Gangsters Inc. reported in an earlier piece, Genovese boss Vincent Gigante’s Triangle Social Club is now an “organic, feel-good, tea and spice store” while Gambino boss John Gotti’s Ravenite Social Club was made into a shoe store.

All things come to an end. What was first a headquarters for organized crime can turn into a candy store for kids. Of course, the opposite happens as well. While it may seem like the mob is disappearing from New York’s streets they are bound to pop up somewhere else. Maybe they like the food at a restaurant so much they decide to stay there. What was once a decent place is now a spot where crime bosses order murders with their pasta.