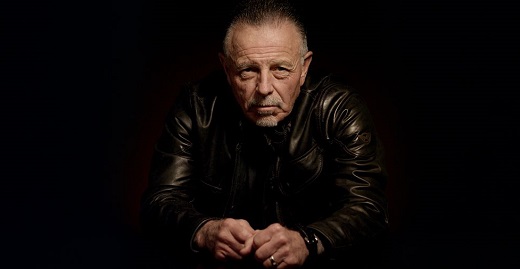 Are you curious what it’s like to be a rough riding member of outlaw motorcycle club the Hells Angels? Well, then former Hells Angels president George Christie is just the guy to tell you all about the inner workings of this biker brotherhood. On January 14, he’ll be at the Mob Museum in Las Vegas to share his insight with the public to give them a taste of the life of an outlaw.

Christie will detail “how he became a Hells Angel, how the gang got its start in Southern California and how the war with rival gang Mongols began,” the museum’s press release states. “He will share jarring details of his 1987 murder trial and acquittal and a timespan he terms ‘five months, five deaths.’ This gangster’s life brought him insider access to political leaders, celebrities and criminals such as Charles Manson.”

During forty years as a Hells Angel, Christie has been through plenty. As a biker, he experienced both the highs and lows that such a life has to offer. He rose to the very pinnacle of power as president of the club’s Ventura chapter and sank to the depths of hell when he became an outcast, prohibited from wearing the patch and told to remove his Death Head tattoo.

Despite this ugly farewell to the outlaw life, Christie did well for himself since his departure. The History Channel produced a six-episode documentary series around him and his former club, titled The Outlaw Chronicles. A year later, in September 2016, Thomas Dunne published his first memoir Exile on Front Street. His second book will be published this year.

Don’t miss your chance to hear Christie speak at the Mob Museum. He will hold his talk at 1 p.m. on January 14. Museum Members get in for free, others only pay the museum admission fee.

Can’t wait? Below is a clip of George Christie explaining to the History Channel what it takes to be a Hells Angel: