Nigerian Mafia in Italy now “on the same level” as the Camorra, police say 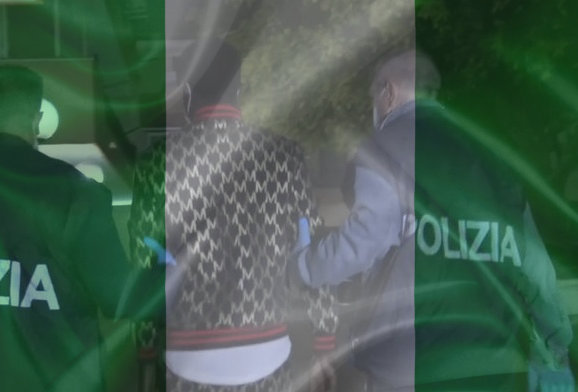 Police in Italy last week arrested over 40 people connected to the Nigerian Mafia in Italy and charged them with Mafia association, human trafficking, drug trafficking and distribution, and running a prostitution ring. According to police, the Nigerian crime groups are now “on the same level” as the notorious Camorra.

Earlier police reports indicated that the Nigerian Mafia had established its European headquarters in Castel Volturno, a village in the province of Caserta between Rome and Naples comprised of between 25,000 and 50,000 inhabitants – two thirds immigrated there from Africa. 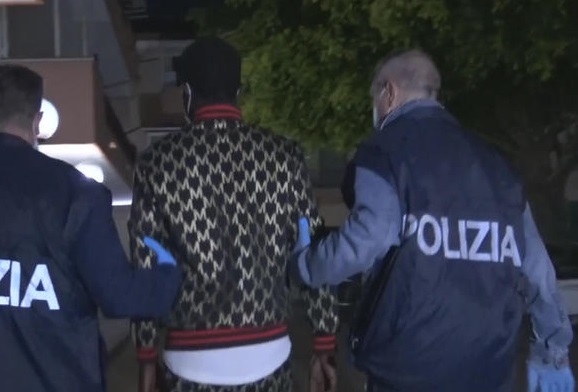 Power struggle with the Casalesi Clan

As their numbers grew, so did their influence. Their growing power led to conflicts with Camorra groups. In 2008, the Casalesi Clan shot to death 7 people outside the Ob Ob Exotic Fashion tailor shop on the Via Domitiana, a scene that was later reenacted in hit television show Gomorra.

After this massacre, the Nigerians and the Camorra agreed to a new partnership. They would pay a percentage to the Camorra to operate the area freely without any interference from the Italian clans.

That they did. The Nigerian Mafia runs large-scale prostitution networks – bringing in women from Africa and other continents and putting them to work. These same smuggling routes are used to traffic drugs: cocaine from South America and heroin from Asia, according to various reports.

Nigerian groups now have a presence in cities and villages throughout Italy – and even Sicily. At first, Italian Mafia groups mainly profited off immigration by infiltrating various organizations tasked with housing or assisting immigrants.

Mafia groups across Italy still routinely take advantage of migrants by putting them to work for meager pay in agriculture. “During non-harvest periods, an African worker usually receives €2-3 [euros] per hour, compared to Italy’s agricultural minimum wage, agreed by the industry, of €7.13 [euros],” newspaper The Guardian reported.

But as more and more Africans poured into Italy, they were able to form groups and organizations to take their own piece of the Italian land. The Nigerian Mafia has emerged as the most dominant force. Groups known as the Vikings or the MAPHITE Cult, which stands for Maximum Academic Performance Highly Intellectuals Train Executioner, have been around for decades, but have rapidly increased their influence in Italy.

Police arrested 19 leaders and members of MAPHITE, which is also known as the Green Circuit Association, in July of 2019, carrying out arrests and raids in nine cities spread across Italy. MAPHITE has a distinct hierarchy and bosses each had a different role – one decided on making new members, one ran prostitution rackets, another ran drug trafficking in city squares, and someone was tasked with enforcement and making sure rival gangs were dealt with.

Similarly to the Italian groups, the Nigerians also use various codes and rituals to initiate members and keep them in line. MAPHITE, which was founded in the 1980s, compiled these rules in what they call the “Green bible,” which is held by the organization’s boss.

Another prominent Nigerian Mafia group is known as Black Axe, which was founded in the 1970s as a fraternity that is part of the Neo Black Movement of Africa, a registered non-partisan, non-religious and non-tribal organization that seeks to revive, retain and modify where necessary those aspects of African culture that would provide vehicles of progress for Africa and her peoples. The Neo Black Movement of Africa was formed at the University of Benin City, Nigeria. 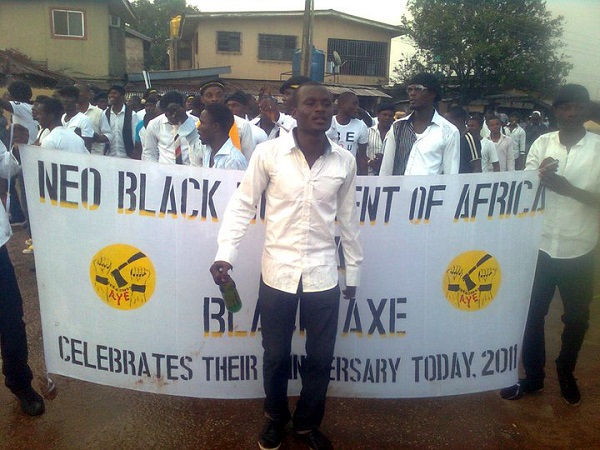 In Sicily, Black Axe now controls the Ballarò neighborhood in Palermo, Sicily. From there it runs drug trafficking and its massive prostitution racket – a business the Sicilian Mafia decided not to get involved in, leaving an opening for the Nigerians. Police estimate that an astonishing 90 percent of prostitutes in Palermo come from Nigeria.

Just as in Campania, the Nigerians came to an agreement with the local Italians, agreeing to pay a percentage to Cosa Nostra to be allowed to operate and also to buy narcotics from Sicilian suppliers.

The Nigerian Mafia splashed onto the front pages of Italian newspapers in 2016, when Black Axe boss Austin “John Bull” Ewosa stood trial on charges of assault, intimidation, Mafia association, and attempted murder. As he sought to establish his dominance on the streets of Ballarò, Ewosa allegedly went after dozens of people. On the night of 27 January, 2014, he committed an act for which he would face justice in court. That night, Ewosa and several associates dragged a 27-year-old man called Don Emeka down the street where they attacked him with axe and machete blows.

Ewosa was found guilty of these crimes.

Arrests like these show that Italian police are finally taking notice of the Nigerian Mafia’s rise. Seeing the partnerships the Nigerians made with the Mafiosi and Camorristi, the big question is: are they too late?