“Fuck you! Pay me!” – Lucchese Mafia family boss ordered hit on gangster who refused to pay his $100K debt 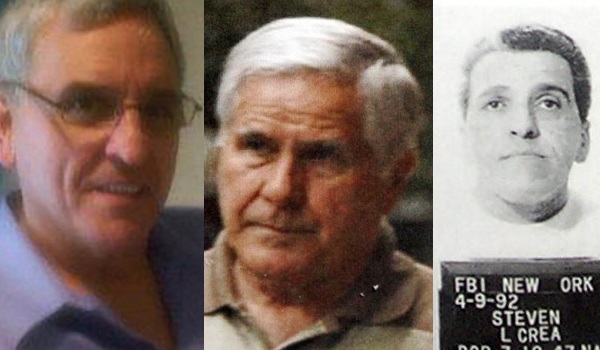 Who said the New York Mafia lost its teeth? The Lucchese crime family, one of the city’s five La Cosa Nostra families, begs to differ. At the opening of a trial in which two of its bosses and two underlings face racketeering and murder charges, prosecutors allege that they have no problem executing a murder contract.

Gunshot to the head

One of the murder charges the men face, relates to the gangland killing of Michael Meldish (photo above, left), at one time a feared hitman and part of New York’s Purple Gang, a group comprised of drug traffickers and murderers, many of whom later went on to join one of New York’s Mafia families. He was found shot to death in his car in November of 2013 in the Bronx. He was bleeding from both his ears, the deadly result of a gunshot to the head.

“Michael Meldish is dead because of these four men,” prosecutor Celia Cohen told the court during her opening statement on Monday. She alleges that Madonna and Crea ordered the murder and Londonio and Caldwell were sent to ‘take care’ of the contract.

Why? Because Meldish told Madonna to “fuck off” when he asked about $100,000 of his money that he had loaned his former associate, Cohen claims. “Not repaying a boss is a dangerous game,” she added.