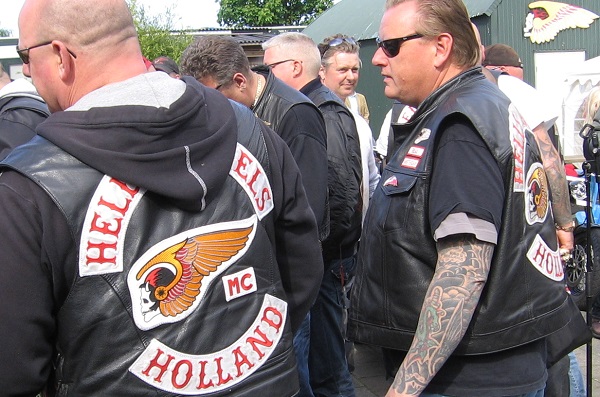 The Dutch court has official outlawed the Hells Angels Motorcycle Club in the Netherlands today. The first country to do so. Members are forbidden to wear any colors – vests, patches – showing their allegiance to the club. The judge said the Hells Angels are a danger to public order.

The Dutch bikers are expected to appeal the verdict.

After its founding in 1978, the Dutch chapter of the Hells Angels Motorcycle Club was considered the most powerful biker club in Europe. It was alleged to have played a large role in drug trafficking and extortion.

That alleged power will now lie in the shadows as Angels will be unable to show their membership in the club. Foreign Hells Angels visiting their Dutch brothers will also have to remove their colors if they want to ride around the Netherlands without getting arrested.

The Hells Angels are the third outlaw motorcycle club to be outlawed in the Netherlands. Satudarah MC and Bandidos MC had already been banned. The Bandidos have a small opening as only the national chapter has been outlawed, its local Dutch chapters are allowed to continue operating under the club colors.

Outlaw motorcycle clubs, more often referred to as gangs, have increased their presence and visibility in the Netherlands. Where the Hells Angels once reigned supreme, in recent years they were joined by Satudarah, Bandidos, the Mongols, and No Surrender.

The presence of these clubs caused much tension and frequent bursts of violence. There were shootouts, bombings, and public fights. The Hells Angels club also played a significant part in many violent primetime news stories. 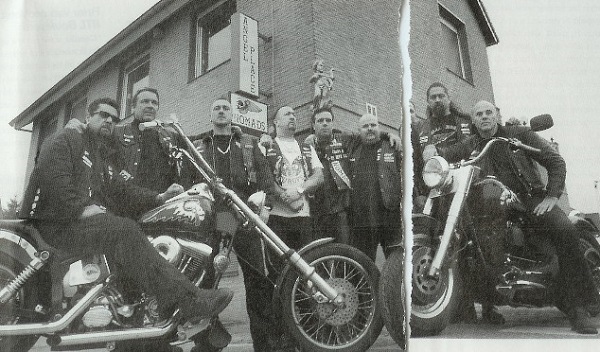 Photo: The Nomads chapter of the Hells Angels in front of their clubhouse. President Paul de Vries on the far right.

In February of 2004, the bullet riddled corpses of three prominent Hells Angels were found in the south of the Netherlands. 54-year-old Nomads club president Paul de Vries, 33-year-old Cor Pijnenburg, and 34-year-old Serge Wagener had been killed by their fellow Angels inside their clubhouse. A total of fourteen bikers stood trial on murder charges, but because all remained silent, they were acquitted: The judge was unable to determine who had fired the fatal shots.

The acquittal only increased the club’s notoriety. Its close friendships with Dutch hitmen and gangsters like Sam Klepper and Willem Holleeder added to its fearsome reputation. But this also laid the seeds for their demise as authorities declared the Hells Angels – and other outlaw motorcycle clubs – a threat to the public.

Thirty bikers of the Hells Angels and Mongols were involved in a massive fight inside a Hotel in Rotterdam in April of 2016 after which one biker ended up seriously wounded. Hotel guests fled the scene and sought safety in a nearby fitness gym. When police arrived, they arrested twenty men. They confiscated one knife and one gun and found seven bullet slugs.

These incidents along with the multiplying number of outlaw biker clubs and members in the small European country caused the prohibition of the Hells Angels Motorcycle Club in the Netherlands. Where Germany had already forbidden certain chapters, the Netherlands is the first to go all the way and forbid an entire club.