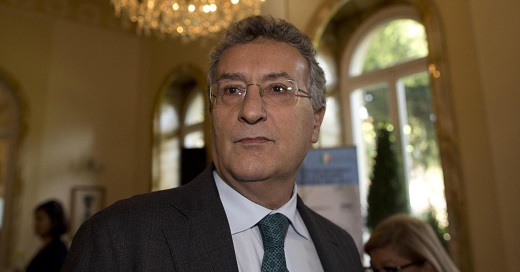 Where there is money to be made you will find the Mafia. Whether in the United States or in Italy, the mob knows how to make a living off the misery and suffering of others. No one knows this better than Franco Roberti, Italy’s top prosecutor, who warned Mafiosi to stay away from reconstruction projects in several villages in central Italy devastated by an earthquake.

The deadly quake that raged on August 24 cost the lives of 294 people and made over 4,800 people homeless in towns throughout the mountainous regions of Lazio, Marche, and Umbria. Authorities vowed to rebuild each village and give each resident back his or her home. A beautiful promise, but one that could be tainted by the bloody touch of the Mafia.

It’s common knowledge that the Mafia – whether Sicilian Cosa Nostra, the Calabrian ‘Ndrangheta or the Neapolitan Camorra – has its tentacles in many places, profiting off of anything from illegal waste dumps and drug trafficking to construction.

When terrorists flew two plains into Manhattan’s World Trade Center in 2001, several companies connected to the New York mob went in to make a few bucks off the waste. The gangsters were back when authorities erected the new One World Trade Center, also known as the Freedom Tower, becoming involved in constructing the huge building. With the mob’s involvement in so many construction companies it’s hard for its members to not get involved in these large projects, that need plenty of manpower and expertise.

Franco Roberti, Italy’s National Antimafia and Anti-Terror Prosecutor, knows this all too well, as he told Italian public radio station RAI today. “There is an immediate risk of organized crime infiltration in this preliminary phase,” he said. “Prevention in this field is complex but not impossible.”

He emphasized how the government had been able to prevent the Mafia from profiting off the earthquake in L’Aquila that occurred in 2009. Now, they must do it again, he said.

Keeping the Mafia away from every phase leading up to reconstruction is an absolute must, otherwise, with one foot in the door, the mobsters would poison the entire project. Roberti said authorities needed to ensure Mafiosi and their companies were kept away from any work connected to the quake, including the removal of rubble and debris, shoring up damaged buildings, and building temporary wooden homes for the residents now without a home.