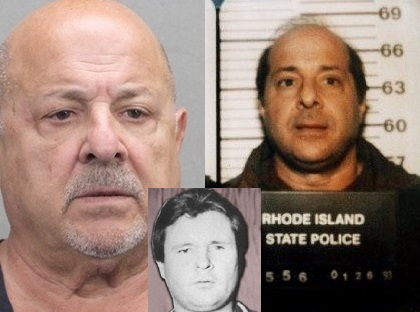 For a guy who seemed to have gotten away with it all, New England Mafia capo Bobby DeLuca sure messed things up. Already in jail on charges that he lied to authorities about the 1993 murder of Steven DiSarro, a Boston nightclub owner, he once made a deal to cooperate with authorities after they arrested him in 2011 in connection with a racketeering conspiracy. In return, they were very lenient, sentencing him to just one day in prison in the summer of 2014, giving him a second chance at life.

But then they found out he had lied to them. He lied about having any knowledge of DiSarro's disappearance or any other murders linked to the Boston Mafia, including the killing of enforcer Kevin Hanrahan outside The Arch Restaurant on Federal Hill on September 18, 1992.

Hanrahan (right) was a beast, a man feared on the streets of Boston – which in itself says it all. The Italian Mafia frequently used him as muscle. If a deadbeat refused to pay, Hanrahan was sent in to collect what was owned. If that person still didn’t pay, he dished out a hell of a beating.

Until the tough guy started intimidating the wrong guy, someone who "knew a guy." A guy who made a phone call and got in touch with mob boss Francis Salemme. Upon hearing about Hanrahan's behavior, he ordered DeLuca and Rocco Argenti – who has since passed away – to get rid of him. They did. On the night of September 18, 1992, Hanrahan walked out of The Arch and was shot to death by two assassins. He was 39.

His killers made sure he was dead. They shot him in the head three times. They knew his reputation and the stories. In 1975, Hanrahan had been shot as well. When police arrived on the scene, they found him with a bullet in his chest, fully aware of what happened, looking back at the cops and refusing to say who shot him.

Still in his early twenties, this incident cemented his reputation as a tough son of a bitch who kept his mouth shut. Little did people know, keeping one’s mouth shut would became such a rare occurrence among Boston gangsters.