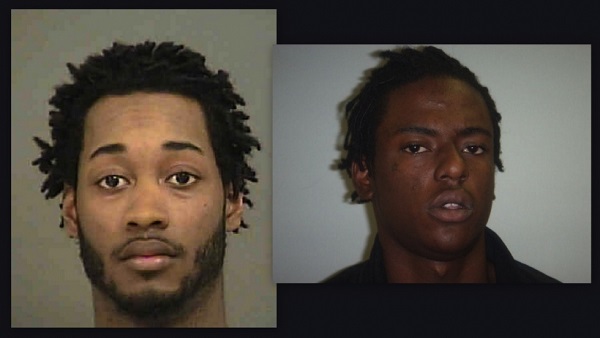 In the underworld, death is always around the corner. Especially if one was to run into two men nicknamed “Savage” and “Murda Mo,” both are North Carolina members of the United Blood Nation (UBN or Bloods) gang who pleaded guilty Friday to Racketeer Influenced and Corrupt Organizations (RICO) conspiracy involving multiple murders.

“Savage” his real name is Tyquan Ramont Powell, a 24-year-old from Charlotte, while “Murda Mo” is really named Lamonte Kentrell Lloyd, a 25-year-old from Scotland Neck. They admitted their membership in the United Blood Nation and involvement in murder and robbery in support of the organization.

Murder and robbery in North Carolina

Powell and Lloyd committed two murders and three attempted murders over the course of less than a month. They committed the first murder in Scotland Neck, North Carolina, in January 2016 by shooting into a car with three occupants because they believed that one of the occupants was cooperating with law enforcement and intended to testify in a criminal case against a close associate of the defendants. Bullets struck all three occupants and the intended target of the shooting was killed. They then fled to, among other places, Charlotte, North Carolina, where they sought and received refuge and resources from UBN members and associates while attempting to evade arrest.

Their murderous streak continued a month later in Gastonia, North Carolina, in February 2016, where they attempted to rob four victims using handguns. When the victims resisted the robbery attempt, Powell fired his firearm and killed one of the victims. That same month, Powell and Lloyd attempted to rob another victim. Lloyd shot the victim in the back of the head, but the victim was effectively treated for his injuries at the hospital and lived.

Power of the United Blood Nation

According to court documents and evidence presented at a May 2018 trial against the godfathers of the United Blood Nation, the UBN is a violent criminal street gang operating throughout the east coast of the United States since it was founded as a prison gang in 1993. Its members are often identified by their use of the color red and can also often be identified by common tattoos or burn marks. Examples include: a three-circle pattern, usually burned onto the upper arm, known as a “dog paw”; the acronym “M.O.B.,” which stands for “Member of Bloods”; the words “damu,” or “eastside”; the number five; the five-pointed star and the five-pointed crown. UBN members have distinct hand signs and written codes, which are used to identify other members and rival gang members.

Members of the UBN are expected to conduct themselves and their illegal activity according to rules and regulations set by their leaders. Prominent among these is a requirement to pay monthly dues to the organization, often in the amounts of $31 or $93. UBN gang dues are derived from illegal activity performed by subordinate UBN members including narcotics trafficking, robberies and wire fraud, among other forms of illegal racketeering activity.