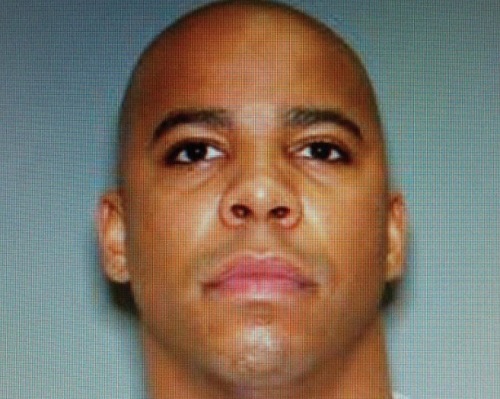 Respect. That is in essence what we are talking about here. New York Police officer Merlin Alston had it in bunches when he put on the blue uniform and flashed his badge. But somehow, something was missing. Be it an ounce of respect more. Or maybe a few dollars. Either way, he went looking for it by teaming up with a Bronx drug lord.

It wasn’t a big deal, he might’ve thought. This wasn’t a ruthless drug lord. Hell, he went to high school with him! They were best buddies! Nah, working with gang boss Gabriel Reyes what just what he needed in his life.

And vice versa. Reyes could use a member of the city’s police force on his crew. Someone who was well-trained, eager for an extra buck, and able to get inside information on pending investigations and raids.

Starting around 2009, the two men began a very lucrative partnership that saw Reyes sell around 200 kilos of cocaine in the following six years. Of that amount, Alston personally delivered approximately 40 kilograms of cocaine in that period.

Besides acting as a drug runner, the corrupt cop also provided armed security to the cocaine trafficker, using a shotgun and his NYPD service weapon to do so, and also provided confidential information about law enforcement operations, including arrests and surveillance, to several Bronx drug dealers.

This was what a brotherhood was all about. What a partnership! That is, until June 2015, when Reyes got busted on drug conspiracy and firearms charges. Confronted with serious time in prison, Reyes realized he had the ultimate bargaining chip: A corrupt officer of the NYPD.

“He told me he had my back,” the snitching drug boss said. “Merlin would do what he had to do. That was the understanding, he'd protect me.”

The jury agreed. After a two-week trial, they found Alston guilty of narcotics and firearms charges as part of his role in a long-running conspiracy to distribute large amounts of cocaine and MDMA, known popularly as “Molly,” in the Bronx.

The 34-year-old cop-turned-gangster now faces a mandatory minimum of 15 years in prison and a maximum sentence of life in prison. He is scheduled to be sentenced on February 2, 2017.

“Rather than use his police badge and gun to serve and protect the citizens of New York City, Merlin Alston instead chose to protect and serve major Bronx drug dealers,” said Preet Bharara, the United States Attorney for the Southern District of New York. “Today’s unanimous jury verdict demonstrates that no one is above the law.”

It should also serve as a lesson about respect.